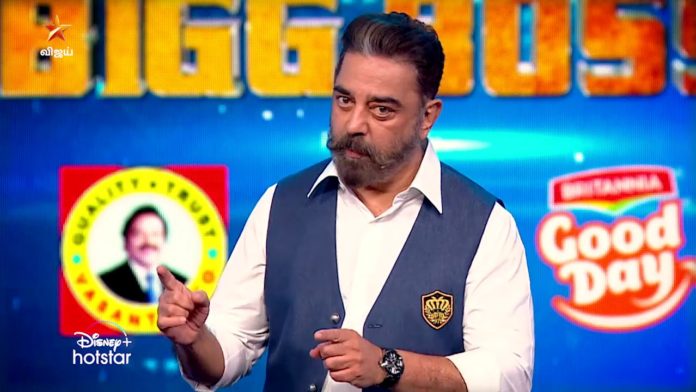 Today is the weekend, the day Kamal Haasan arrives at Bigg Boss. Kamal Haasan has now confirmed that two contestants are expected to be evicted from the Bigg Boss house this week. Kamal has announced it in today’s first promo video.

The show’s first promo has been released today, and Kamal Haasan himself has confirmed that there will be two eliminations this week. According to the information we have received in this regard, it is said that Jithan Ramesh will be eliminated today. Credible sources say that Nisha will be leaving the show tomorrow.

Here is the first promo that came out today, “As far as I’ve heard, this week is awesome. Let’s do one of them today,” Kamal said. Seeing Kamal saying this, it seems that only 2 people will be evicted from the Archana gang. Who will be the first Elimination will be revealed in tonight’s episode.