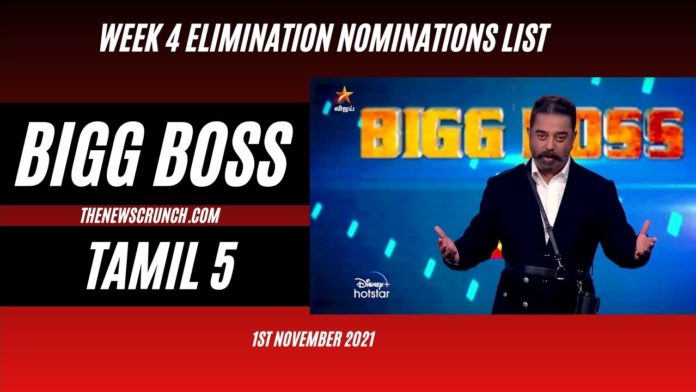 Bigg Boss 5 Tamil kicks off its fifth week with some nerve wracking fights. After a lackluster fourth week, the housemates look forward to the next nominations task in the Bigg Boss Tamil house. Niroop gets the advantage of ruling the house and chooses Akshara as his partner who refuses to take up the task. The elimination voting for week 5 nominations in Bigg Boss Tamil 5 will commence after Monday’s episode.

The voting lines for Bigg Boss 5 Tamil will open on Monday after the nominations are officially out. There are multiple chances of Isai Vani’s elimination this week. However, Thamarai and Annachi are facing the heat as the arguments continue in the house . Pavani is also becoming a bone of contention as the stronger contestants are getting targeted in the initial weeks.