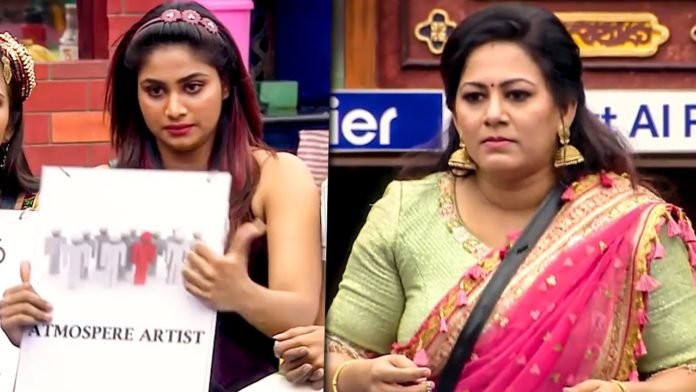 Bigg Boss Tamil 4 is gathering steam as it reaches the closure of the tenth week. This week was eventful, thanks to the ‘Humans vs Robots’ task. While the task was a mixture of drama, emotions, and fights, the subsequent nominations for the best and worst performer created chaos.

As expected, Balaji gathered enough votes alongside Ramya and Nisha for the best performer of this week. While the selection of Balaji was debatable, it could be crucial for the trio as the captaincy for the next week lies at stake.

The major highlight of this week was Archana’s massive coverage throughout the task and even after that. With her single point agenda of dismantling Balaji’s game at foray, Archana is determined to make Balaji lonely and vulnerable. As a result, Archana is trying to woo Shivani to her side which will break Balaji emotionally.

Mocking and targeting #Aari throughout weeks and nominating him for every eviction time ! Giving worst performer to #Aari every week.

There were multiple instances where Shivani questioned Balaji during and after the task. However, Balaji’s tears made her forget reality yet again. Will Archana’s efforts turn Shivani against Balaji or will Shivani break backbite Archana from within?

The plot thickens as the show nears the decisive phase where multiple wildcard entries and double evictions are expected. Will Archana sustain as a leader of the Anbu gang or will the audience plot her fall in Bigg Boss Tamil 4 during her next nomination? Only time will tell. The audience is eager to see if Shivani will embrace the ‘love bed’ or stab it from within.