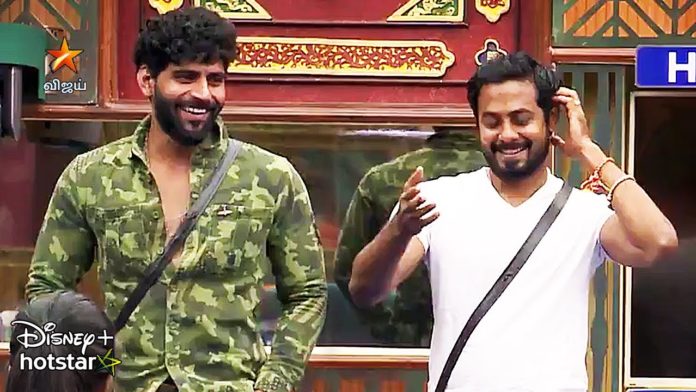 It is known that Balaji has been a controversial contender for the past week, and Kamal Haasan has also reprimanded him for two days for his angry behavior inside Bigg Boss house. In this condition, he has entered this week’s ticket to finale task with freshness without minding the past week’s bitter events.

Balaji is very keen on this task as he has a chance to qualify directly for the finals if he wins this week’s finale task. With five rounds in this task, he scored a maximum of 7 points in the first round but only two points in the second round.

At this stage, Balaji seems to have got 7 points in the third round. Following this, Balaji is in the first position with 16 points in 3 rounds. Ramya and Rio, and Aari follow Balaji.

With only two rounds left, will Balaji take the top spot and qualify directly for the final? Let’s see, depending on that.