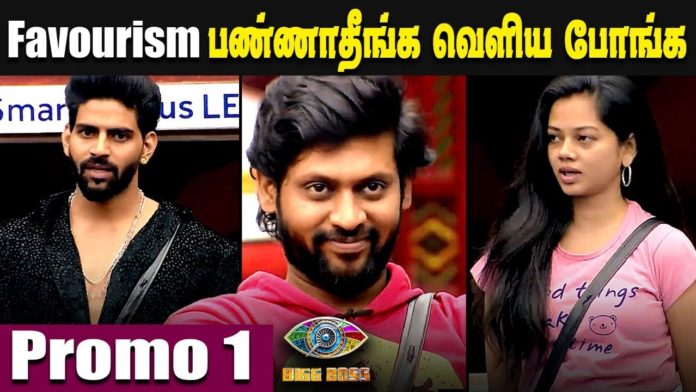 The Open Nomination is taking place today for the first time since the nomination was held in the confession room so far, with the nomination task being held every Monday at the Bigg Boss House. There was double eviction last week with Jithan Ramesh and Nisha leaving the house.

Commenting on the Open Nomination, Balaji said, “I have been waiting for this open nomination so far. In today’s nomination, Aari, Ramya, Anitha, and Balaji nominated Rio, Archana nominated Aari, and Rio nominated Balaji.

Rio, who nominated Balaji, said, ‘Bala, who decided that everyone else is like this, changed himself. He said that he was nominating Bala because he had changed himself to the position that those in this house should never change.’

Commenting on this, Bala said, ‘When a thing goes wrong, we accept it when we know it. It is noteworthy that, overall, this week, the housemate has targeted Rio. Will Rio leave this week with Ramesh and Nisha already out of the Archana Group? Let’s see, depending on that.