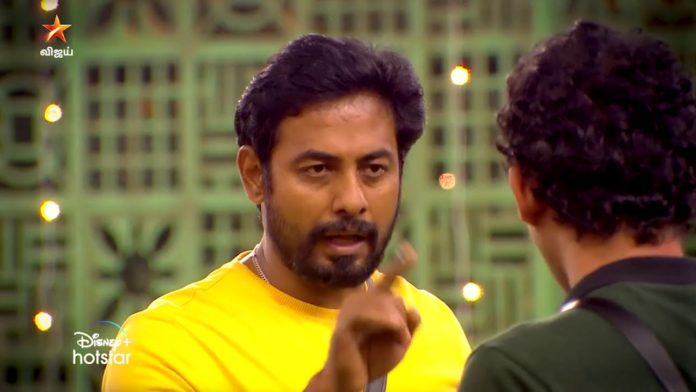 Viewers are aware that Aari’s influence inside Bigg Boss house is growing day after day due to his online fans. But fellow housemates at home are just beginning to realize this. It is only now that the housemates realize that Aari is almost in the finals and that he is more likely to be the title winner. So they have started targeting him.

Already Shivani and Ramya are talking controversially about Aari. Similarly, on the other hand, Balaji has started opposing Aari openly. This is evident from the way he argued with Aari yesterday that he could not do the housekeeping job. Gabriella, Rio, and Som alliance have also been critical of Aari’s dominance. Overall, it can be said that all the housemates are trying to break Aari’s confidence.

But Som Shekar only behaved a little smarter. Som, who was a little late realizing that those who fought Aari were going out in succession, first teased Aari, who was critical of the verdict in a task yesterday. After that, he suddenly went to Aari and apologized. Som said, ‘The question you asked me at first was disgusting, and I didn’t understand, but when I thought about it, I thought it was the right question, and now I understand myself better and hugs him and make peace.’ Now, Som Shekar has saved himself from Aari’s fans’ wrath ande is considered safe from eviction this week.

But it is noteworthy that Aari’s fans might be targeting Ramya this week for eviction as she mocks Aari these days.