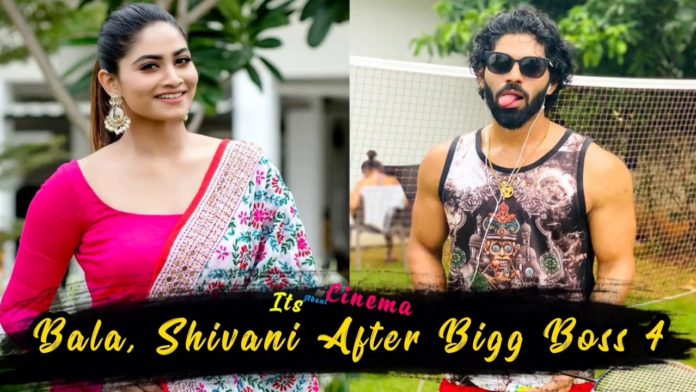 Bigg Boss Tamil 4 drew to a close on the 17th of January 2021 and Aari Arjuna was declared as the winner. Shivani Narayanan was one of the contestants of this season who peaked towards the end. She was the last contestant to be evicted before the finale week.

Shivani was in several nominations through the season but her stellar following on social media ensured her safety. Shivani’s performance saw a massive surge after her mother’s visit to the Bigg Boss Tamil 4 house. Before that, Shivani was seen as Balaji’s beau and had nothing to show or prove to the audience.

However, Shivani’s mother’s advice was a moment of reckoning for her. Shivani rose up strongly and went out of the house with her head held high. Incidentally, there were a lot of things happening after the Bigg Boss Tamil eviction for Shivani Narayanan. She attempted to create a makeover of her image.

Shivani returned to social media after her ‘Grand finale’ presence. Shivani posted her first picture on social media after several weeks. Shivani adorned a very ‘homely’ look with a pink salwar and embroidered dupatta. Her fans were shocked to see such a picture but this might be setting the trend for things to come. Will Shivani continue to adorn her ‘homely girl’ image?

Recently, Shivani’s picture of making a rangoli for the ‘Pongal’ festival went viral on social media. Hence, Shivani’s new makeover might be a sign of good things to come in her career.