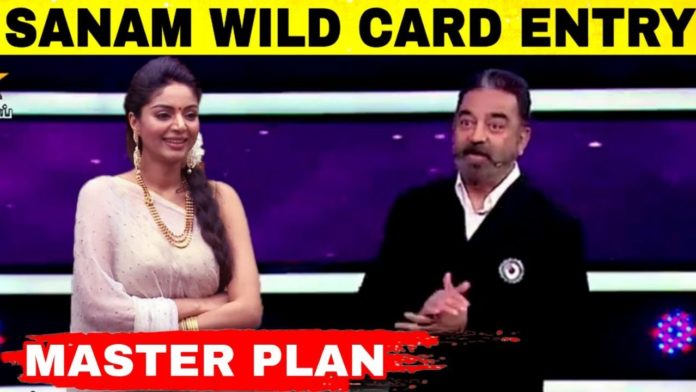 Bigg Boss Tamil Season 4 is progressing at a good pace with an entertaining ‘Human vs Robots’ task this week. Archana and Nisha are locking horns to shed the groupism tag but the real limelight is still on the last evicted contestant, Sanam Shetty.

Sanam Shetty was one among the few contestants who played her solo game. While Anitha and Aari are two other housemates who follow the same strategy, Sanam stood tall and was a potential threat to many. However, her shocking eviction on Sunday’s episode surprised many.

Though Balaji Murugadoss projects himself as an individual player he was riding on the shoulders of Samyuktha and Shivani all along. However, Sanam Shetty was the only one other than Aari to stand against Balaji and question his wrong doings.

Last season, Vanitha Vijayakumar entered the house after being eliminated based on the least votes received in elimination voting poll. However, it could be Sanam Shetty this season. According to reports, Sanam Shetty is still in the bio bubble provided by Vijay TV and there are high chances of her return to the secret room or Bigg Boss house.

This news is creating a lot of excitement and cheer among the fans of Sanam Shetty who wish to see their lady take revenge against the ones who plotted her exit. Another interesting twist to the tale would be Sanam and Suresh entering the house together.

While two potential reentries are planned in the next couple of weeks, Mohammed Azeem is also in talks to enter the Bigg Boss Tamil house.