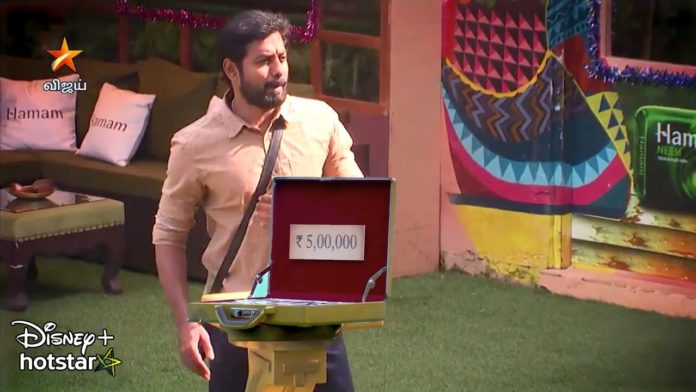 Bigg Boss Tamil 4 promo for 14th January indicates a color, glitzy and happy Pongal festival celebrations. While the whole house is complete in attendance, Suresh and Shivani are missing. However, one contestant who is also missing in the promos is Gabriella. With the decisive ‘cash in the suitcase’ task taking place today, there is a serious twist awaiting the audience.

According to several reports on social media, Gabriella Charlton walked away with INR 5 Lakhs cash prize. As a result, Gabriella quit the Bigg Boss Tamil show and lost the chance of becoming the title winner. Gabriella’s smart move received accolades as her chances of entering the top three were bleak.

However, the latest promo released by Vijay Television shows an epic twist in the tale. Bigg Boss Tamil 4 title winner prospect Aari Arjuna is seen opening the suitcase with INR 5 Lakhs cash. Aari’s fans are positive that this is just a promo gimmick and Gabriella is the actual contestant who left the house with the money.

The promo received renewed enthusiasm from Balaji’s fans. Since Balaji was shadowed by Aari’s winning prospects, Balaji’s fans were happy to see Aari leaving the house. However, we ought to wait until the episode is telecasted on Friday. Archana does the honors of reading out the task which would make a decisive impact on the course of the finale week.