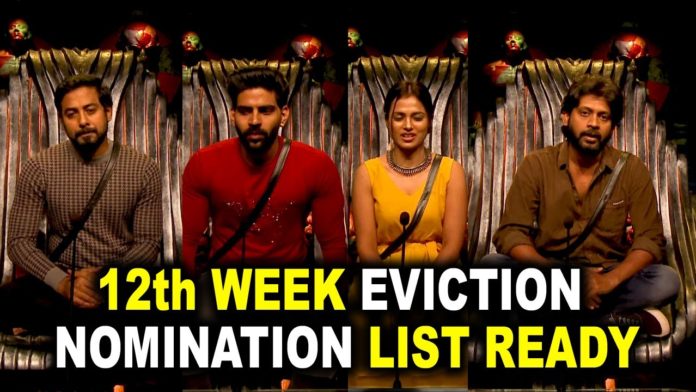 The biggest reality show of the Tamil entertainment industry, Bigg Boss Tamil 4 enters its 12th week. Bigg Boss 4 Tamil is less than a month away from its finale and the host Kamal Hassan will announce the eviction of yet another contestant this weekend. The makers are looking forward to adding some spice as there are speculations about a double elimination this week. As you all know, last night, Archana has been evicted from the house.

After Sunday’s elimination, nine contestants are locked up in the house and it is likely to have another couple of evictions before the entry of any potential conclusion for finalists. In a couple of weeks, the ticket to finale task will be looked forward to in Bigg Boss Tamil.

There were no major changes in the nominations task this week. For yet another week, Bigg Boss facilitated a closed nominations task which welcomed the contestants to share their opinions and nominate two fellow housemates in the confession room.

A major twist awaits the contestants this week with respect to eliminations (double or no eviction). If one has seen the game then among the nominated contestants’ Aajeedh is the weakest of all and we have to wait and see whether he will survive this week or not.

Aari received maximum votes with a count of 5, Shivani and Aajeedh received 4 votes each. Shivani enters nominations for the third week in a row. Aajeedh is in grave danger as he was in the bottom two last week.