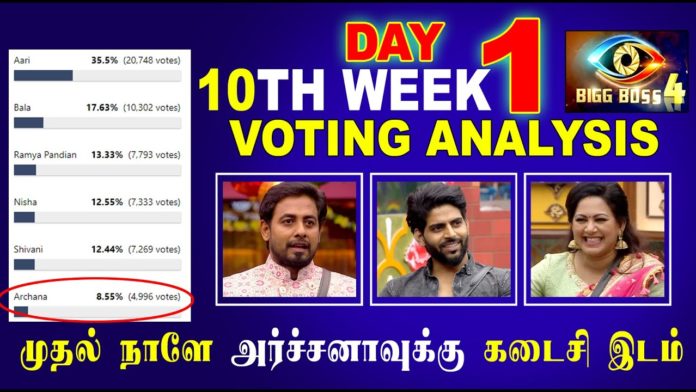 One of the most popular reality show Bigg Boss Tamil season 4 is being hosted by Kamal Haasan, will bid goodbye to the viewers in the month of January 2021 as the show reaches the 65th day. The makers are yet to announce the Bigg Boss Tamil Grand finale date. The show organizers are trying their level best to make it more interesting and entertaining for the audience. As you all know, last night, Sanam has been evicted from the house. Anitha’s timely move to nominate Samyuktha ended up in her favor.

After Sanam’s elimination, twelve contestants are locked up in the house and it is likely to have another two eliminations this week before the re-entry of Suresh Chakravarthy as a wild card.

According to the call center task positions, Aari, Ramya, Archana, Shivani, Anitha, Nisha and Balaji have been nominated by the housemates for this week’s eviction. However, Anitha became the captain of the Bigg Boss house week. Hence, Anitha will be saved from elimination voting.

A major twist awaits the contestants this week with respect to eliminations. If one has seen the game then among the nominated contestants’ Nisha and Shivani are the weakest of all and we have to wait and see whether he will survive this week or not.