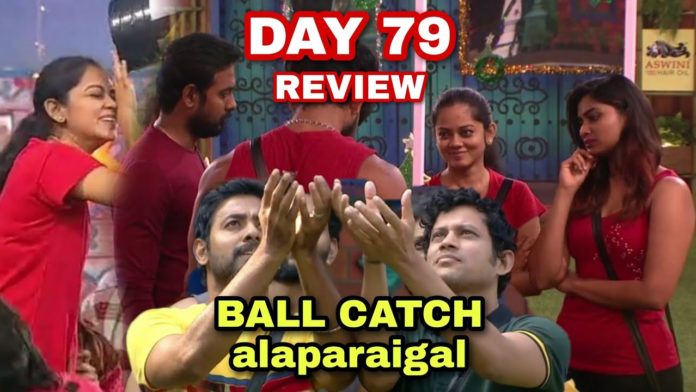 Bigg Boss 4 Tamil is engrossing the audience in a stellar manner as the show enters its 12th week. Balaji Murugadoss is the talk of the season and was widely termed as the ‘chameleon’ of the season. After his honesty during the captaincy task, the housemates and audience were impressed but the model contestant’s sportsmanship was short-lived.

During the ‘Ball catching’ luxury budget task for this week, the contestants were playing the game without major hassles. However, occasional arguments were observed between Balaji and Rio or Somshekar. At certain points, it was evident that the old Balaji who wants to win no matter what is back.

Rio and Somshekar’s performances stood out but Balaji was not living up to the expectations. Balaji was not supposed to touch a red ball but he touched one. However, his hand was not on it but it visibly touched his arm. Balaji bluntly denied it and so did Gabriella who was supposed to report it.

It is unclear if it was a strategy from Gabriella to avoid an unnecessary argument and moment of frustration. It would be interesting to see if Balaji is getting the ‘kurumpadam’ for showing his denial from the luxury budget task for this week.