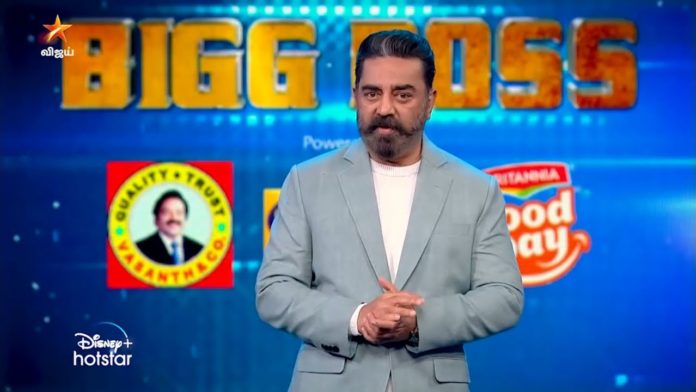 For the past two days, we have watched Balaji’s rage at the Bigg Boss house and the ongoing confrontation between Aari and Balaji. Everyone expects Kamal Haasan, the only person to condemn Balaji’s act, to give him a little stern reprimand today. A few spectators also demanded that Balaji be given a red card and be sent out of Bigg Boss house.

In this case, the promo video, which was released a short while ago, shows Kamal Haasan saying that ‘it is “normal” to think that being law-abiding, being fair, and honest is not interesting. To me, it is abnormal. Talking sternly in front of someone doesn’t mean that he is honest, and it would not be fair to speak loudly. That is rudeness. What to do with those who are making mistakes over and over again?’

Similarly, Kamal said that he has been tapping the ‘love group’ for the past few weeks. But it’s worth noting that he only said tips in the name of soft advice. All the audience intends that Kamal should do exactly what he said and hope that he takes stronger action against Balaji and punishes him for his actions.