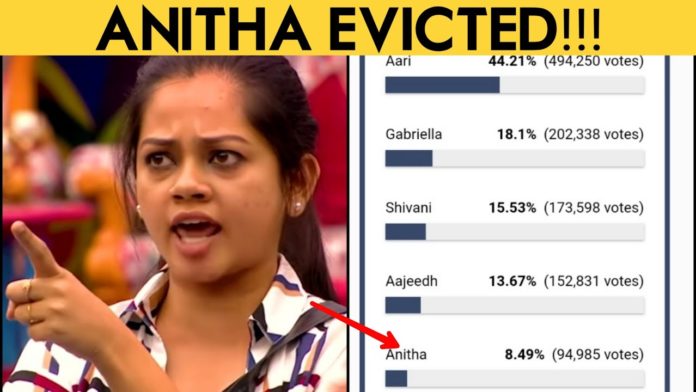 Everyone is eagerly waiting to know who is going to get evicted this week on Bigg Boss 4. But it will only be revealed during Sunday’s episode on 27th December 2020.

Some people are questioning whether this record was put by Anitha or her husband. Anitha has been the main contender this season, and she has been eliminated for fighting with Aari this week. Aari fans voted against Anitha and supported Aajeedh, which finally resulted in her eviction.