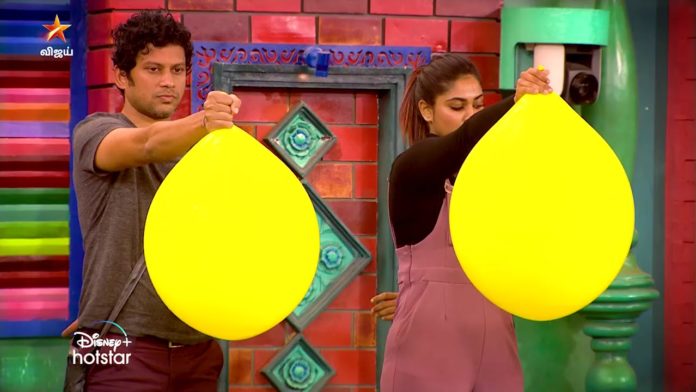 As the Big Boss Tamil season 4 is currently in its final stages, a task is being put in place for one person to enter the finals. It has been announced that the winner of the five-round task will qualify directly for the finale. He will win the ‘ticket to finale.’

The Bigg Boss said, ‘The highest scorer at the end of all the tasks will be saved from this week’s Eviction process and will qualify directly for the finale as he will be the winner of the ticket to finale.’

In this ticket to the finale, all the remaining seven contestants participated. Shivani, Gabriella, Som, Ramya, and even Aari eventually lost the game, with only Balaji and Rio surviving to the end. Will Balaji win this and enter the finale? Or will Rio win it and save himself from nomination this week? Let’s find out by watching today’s show. Looking at today’s promo video, it seems that Balaji is more likely to enter the finals.