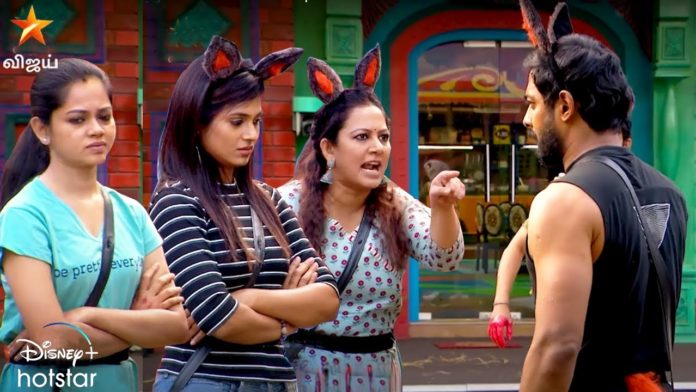 Bigg Boss had announced that the chicken farm task is not only for luxury budget, but the winner will also get a special power. So everyone is playing aggressively, intending to get that special power and save themselves from nomination. Thus love disappears, and competition is the only thing on everyone’s mind.

This has increased the conflict as they are playing furiously with each other. Archana alleged that the egg was broken when Som took Archana’s egg. The next promo video has been released as the two take turns to blame each other that Som didn’t break her egg.

In this video, Archana cries and complains to Bigg Boss in the confession room. There are scenes where she lays out accusations about Som, scenes of her sitting sadly and at one point crying in the confession room. Is Archana playing to get special power from Bigg Boss, and netizens who watched this video have raised the question? What really happened during today’s task? Who is at fault? Let’s wait and see until today’s episode airs.