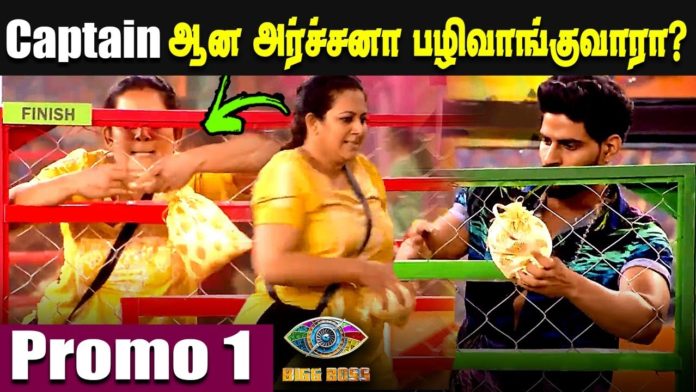 Netizens and viewers have already leveled an accusation against Archana for dominating others by forming a group. It is noteworthy that even Kamal Haasan has occasionally spoken the word groupism to Archana. Archana uses emotional blackmail to keep her group intact.

It is noteworthy that in this position, Archana has succeeded in today’s captaincy task, and she will be the captain of week 12. Balaji, Archana, and Ramya participated in today’s captaincy task. Although all three played frantically, Archana was the first to complete the task and win. It is noteworthy that she is about to take over as the next captain.

It remains to be seen what will happen if Archana, who already dominates the Big Boss house, becomes captain. It was also known that his dominance flew dust when Archana was captain earlier. But at the same time, it is noteworthy that Archana is in the nomination this week and will probably not have a chance to be the captain if she leaves.

Will Archana gets saved this week as she became captain of Bigg Boss in week 12? We will have to wait and watch this weekend’s episodes.