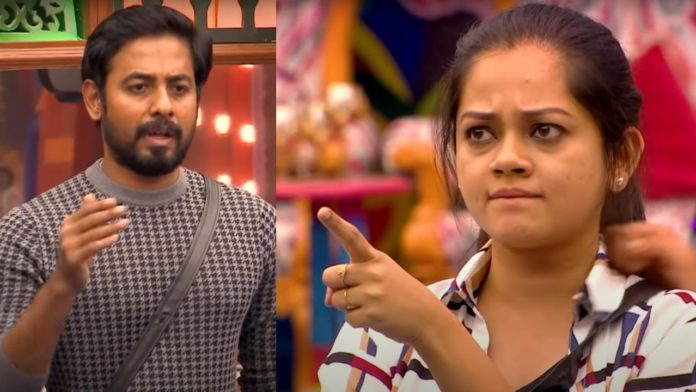 When Shivani asked Aari a question about demotivation in one of yesterday’s tasks, Aari talked about Anitha and her husband and parents. Anitha, who interrupted at the time, said that she was playing in the Bigg Boss house and that Aari should talk about her, but not about her father, mother, and husband.

Anitha protested so far, and Aari explained it. Aari even said that he is not talking about this issue independently, but it was told by Anitha herself to Archana, which he was trying to explain. Without acknowledging it, Anita yelled angrily and repeatedly told Aari not to talk about her parents and husband, after which many, including Ramya, Bala, Rio supported Anitha. It is noteworthy that Aari stopped his speech without completing it as everyone took Anitha’s side.

A video of what Aari was trying to explain has currently leaked on social media. In the video, Anitha cries while lying on top of Archana and says, ‘I have fought a lot in this house, to make my dad and mom feel bad. They will scold me for fighting inside Bigg Boss house. My Dad would say not to hurt anyone, but I have hurt many people as a part of this game. My dad would definitely scold me when he saw me fighting.’ Then Archana hugs and consoles her.

It is noteworthy that after watching this scene, Aari spoke about Anitha during yesterday’s demotivation topic, but Anitha was not ready to accept Aari’s explanation.