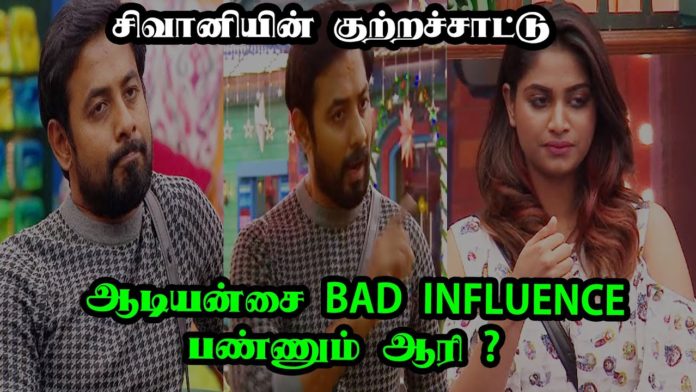 It has been 79 days since the Bigg Boss show’s launch, but there is an opinion among the audience that Shivani is yet to show her talent. Even yesterday’s nomination, the contestants who nominated Shivani said that she has not yet shown her uniqueness and does not know what she is doing in this house.

Aari complimented Shivani that she played wonderfully in yesterday’s task in that position. Aari said that he knew her uniqueness in the question she asked for the first time in yesterday’s Question and Answer Task, and he really appreciates her for that.

He also advises her to pay full attention to the game without anyone’s support. Is it a check for Balaji that Aari encourages her to play alone while Shivani is said to be in Balaji’s grip? Many of the fans are discussing this as a strategy on social media.

The only certain thing is that the competition will be tough as we get closer to the finale. Both Aari and Shivani are nominated for this week’s eviction, while Balaji is safe from nomination as he is the house’s captain this week.

Aari praise shivani 👏🏻✨
Why you put this in unseen😒 pic.twitter.com/ffeSMbzfpY