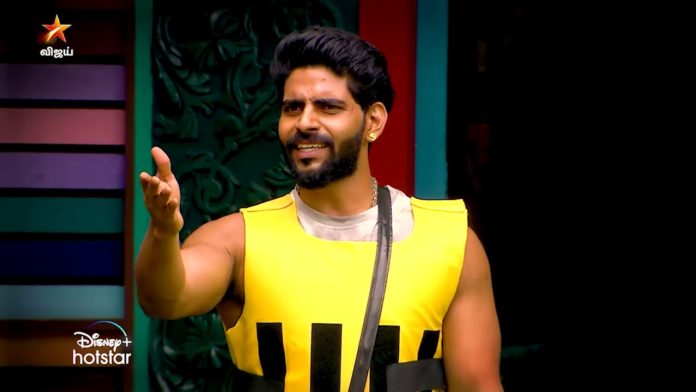 It is known that the finale task is being held at the Bigg Boss house this week, and the winner of this task will directly qualify for the finals, and he or she will also be saved from this week’s nomination.

Balaji, who is in the first position in this task, is playing very seriously in the next round. At one point, there is a fierce rivalry between Aari and Bala, and as usual, when the task takes place, there is an argument between the two.

Balaji says, ‘If running is your trick, I know the trick too,’ to which Aari replied, ‘What happens if you stop and fall while playing like this?’ Balaji says, ‘then don’t run.’ Aari then stares at Balaji in disgust, saying, “If you want to catch me, you have to run. Are you not a man?.” And Balaji got angry and said, ‘I did not put it down so that you should not fall, I put it down so that you do not run’ and says, ‘I have the endurance while you have the agility, this is my strategy.’

Following this, Aari responds by saying, “I cannot play a game like this, but Balaji says, ‘I play well.’ Overall it looks like Balaji has won, and Aari is in despair as he has failed in this room.