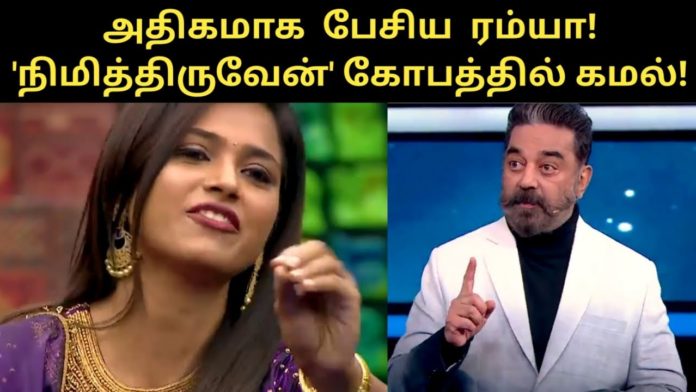 Bigg Boss Tamil Season 4 is drawing to a close soon with just one month left. Ten contestants are in the house and one of them will be eliminated this week. Seven contestants including Aari, Rio and Shivani were nominated for eliminations this week. Aajeedh, Archana and Somshekar are in danger of eviction but the suspense will be revealed on Sunday’s episode by Kamal Hassan.

Aari’s fans were upset about the way Ramya pounced on Aari for going second. However, the fans’ ‘kurumpadam’ showed that Aari initiated his request to go second in the ‘chicken vs wolves’ task and Ramya mentioned that he could do anything he wants. Archana also showed her frustration against Aari for going second and that he was out of line.

The host Kamal Hassan discussed this incident with Aari on 19th December’s episode but Ramya quickly interrupted. This caused a brief altercation and the promo shows Ramya is visibly disappointed. However, Aari’s fans are roasting Ramya Pandian for her actions on social media platforms. There are high chances Aari’s army might function against Ramya Pandian in the upcoming days.