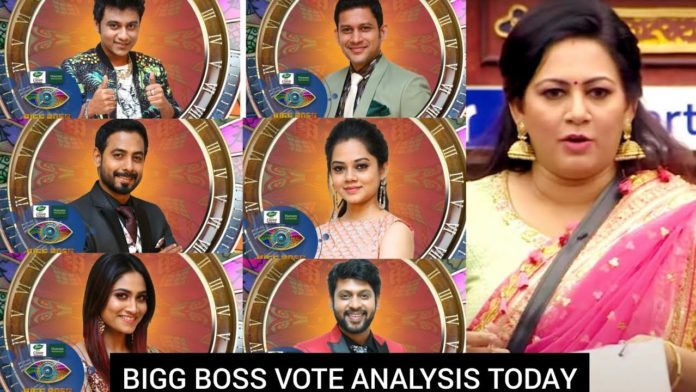 Bigg Boss Tamil season 4 is in week 11, and with less than a month remaining for this season’s finale, things are getting heated up between contestants. Every contestant is now playing to save themselves from nomination or to impress the fans to get votes. With a double eviction last week and 10 contestants still in the house, we can expect another double eviction in the coming weeks. Nisha and Jithan Ramesh were evicted from the love gang last week.


The ‘Chicken vs Wolf’ luxury budget task and weekend incidents, evictions are impacting the audience mindset for voting by considerable means. There was a fight between Archana and Som even though they are from the same love gang. Archana is doing her best to win the special power so that she can save herself from eviction.

Aari is once again dominating this week’s voting results with almost 30% of votes, followed by Rio with 15% votes. Balaji Murugadosss is missing from nomination this week, and hence his fans are supporting contestants like Shivani. The presence of three contestants from the ‘love bed group’ gave the audience a week to shift focus on Aajeedh and Anitha.

The open nomination for this week’s eviction opened up the contestants to be more transaprent. Archana, Rio and Anitha are the three contestants who are keenly seen by the audience to see how they will play to win audience votes. Gabriella, Balaji, and captain Ramya were not nominated this week.

According to reports, Archana and/or Som Sekar are likely to be evicted this week.