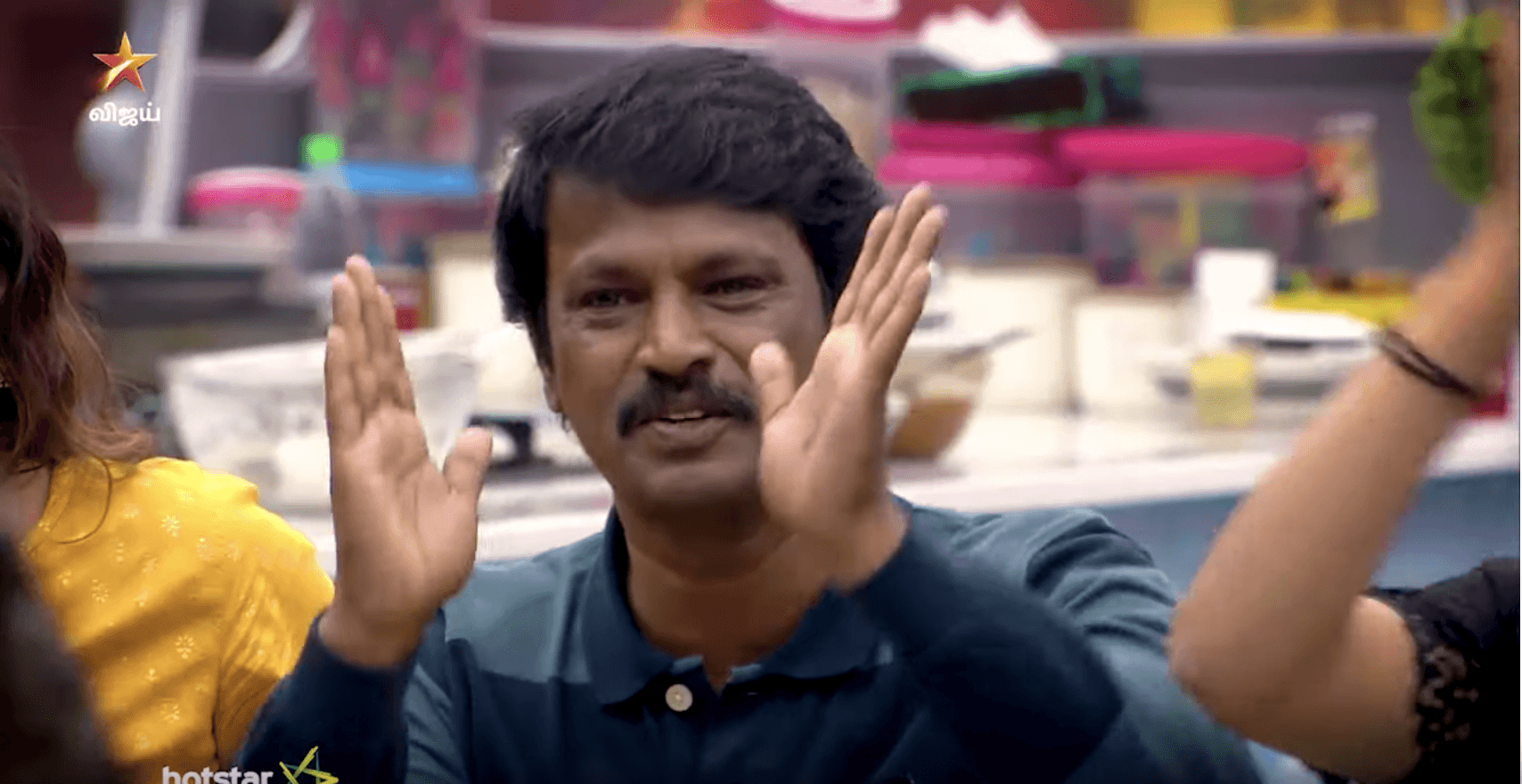 After a rather uneventful week in Bigg Boss Tamil 3, the audience were bestowed with high quality controversies. Kavin was likely to be the scapegoat of the ‘Boys Group’, Cheran, Sherin and literally everyone in the house except Losliya. However, with the introduction of Sakshi, Mohan and Abirami, the dynamics have changed. Vanitha’s next target seems to be Sherin as she prepares for yet another controversy. Will Vanitha succeed in eliminating Sherin this week or will the audience push Cheran out instead of Sherin is the million dollar question.

From the voting trends on Day 4, Cheran takes the last spot and Sherin is consistently trailing. Though the Losliya Army is not at its best form, their efforts might be just enough to save her this week. The Boys group’s nominations seem to be riding high and far on the audience sympathy.

Will Vanitha Indirectly Save Sherin or Is Too Late?

Vanitha’s recent target is Sherin and Tharshan. As Vanitha calls their relationship ‘an affair’, all hell breaks loose. Vanitha manages to emotionally break Sherin which is also happening at the right time. Sherin is the most likely contestant to be nominated this week. With Sakshi by her side, Sherin seemed to have a new ray of hope until Vanitha triggered her plot. However, will the audience sympathize for Sherin and save her this week or is it too late? Considering just two more days of voting at stake and Vanitha’s fury, it would be interesting to see how things shape up.

Sherin vs Cheran – Who Will Survive?

In terms of cumulative audience voting reports for the sixth elimination in Bigg Boss Tamil 3, the fight is evidently between Cheran and Sherin. In terms of TRPs, Cheran is good for the show and Sherin is been a little off in her task performances too. Her only hold in the house seems to be Tharshan and Vanitha targeted the story at the right time.

Sakshi mentioned that the Tharshan and Sherin relationship saga is seen positively from the audience perspective and this is likely the trigger for Vanitha taking action.

Kavin fans can be happy at the moment. However, with Sakshi’s entry and Vanitha’s fury against Kavin and Losliya the future looks bleak for Kavin.