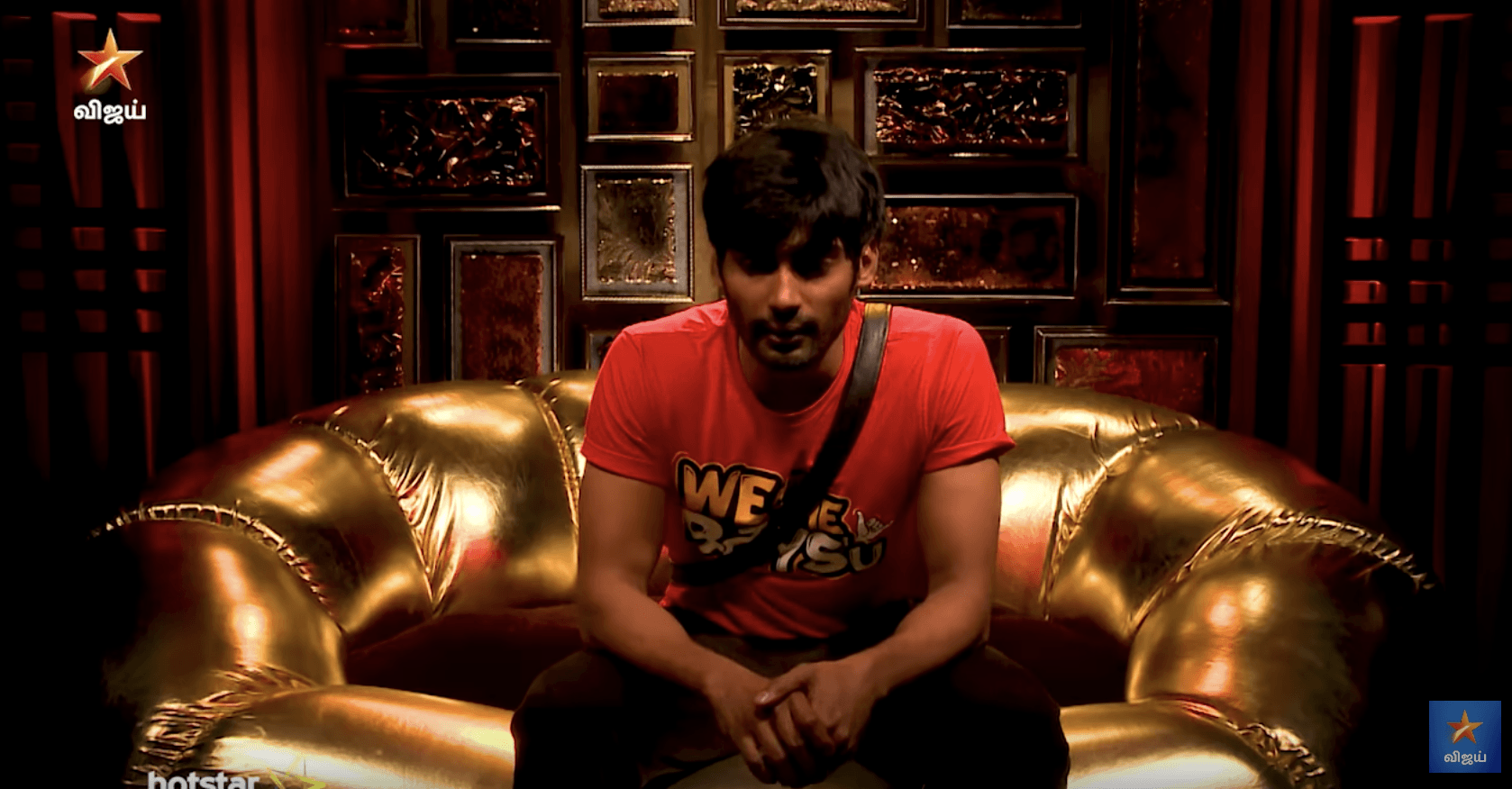 Bigg Boss Tamil 3 completes its 92nd day and the elimination nominations will take place for the last time this season. Cheran was the latest eviction in Bigg Boss Tamil 3. The golden ticket to finale winner Mugen is safe from eliminations this week.

According to the voting results on Day 2, Sherin is trailing as expected. However, these are early trends which is subjected to change over the week. The gap between Sherin, Sandy and Tharshan is very less. This week’s elimination process is going to go down to the wire. Sherin and Sandy’s performances in the tasks will play a crucial role in the upcoming days.

Kavin vs Rest of the House : Who Will Win the Elimination Battle?

The mystery behind Kavin’s rousing support irrespective of his performances raises the eyebrows of the audience. While majority of the voters support genuinity, Kavin’s fan base is showing no signs of receding. While the top contestants like Sandy and Tharshan are struggling for safety this weekend, Kavin is cruising ahead.

Will Kavin make the most of his support and give a tough fight?

However, this week’s audience voting counts will also be dependant on the performances of the contestants in the upcoming tasks.