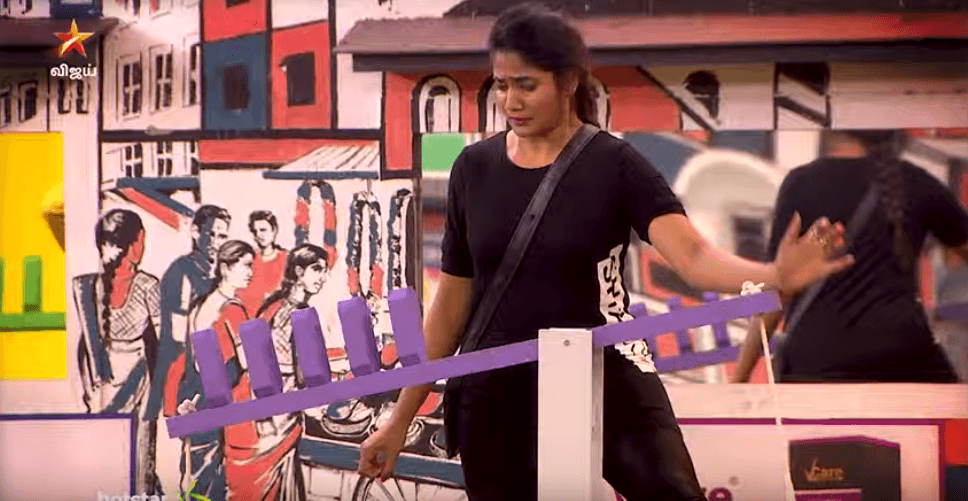 Bigg Boss Tamil 3 completed 86 days this week and the show is setup for some sensational twists in the coming days. The upcoming days in Bigg Boss Tamil 3 will be gripping as the #Tickettofinale tasks will start. Vanitha’s eviction is likely to reduce the amount of controversies. Last week was emotion filled with the near and dear ones of the existing contestants visited the house.

Fathima Babu, Vanitha, Meera, Mohan Vaidya, Reshma, Sakshi, Madhumita, Abirami and Kasthuri are eliminated so far. Vanitha was the last elimination from the Bigg Boss house. However, Cheran was lucky enough to get the secret room opportunity and is back in the house.

This week’s elimination nominations were Cheran, Sherin, Kavin and Losliya.

Who is Your Favorite Contestant This Week? Save them from elimination!!

According to the voting results on Day 1, Sherin is trailing as expected. However, these are early trends which is subjected to change over the week. Losliya Army needs to step up to save their queen this week.

Losliya Vs Sherin : Who Will Win the Elimination Battle?

Last week, it was Sherin vs Vanitha. Sherin emerged successful, thanks to Vanitha’s highly negative image. However, this week Sherin is in sheer danger as Losliya has considerable fan following. However, this week’s audience voting counts will also be dependant on the performances of the contestants in the ‘Road to Finale’ tasks.

Though Losliya is determined to win the game, Sherin is a better player when it comes to her. It will be interesting to see if Losliya’s performances will save her from elimination this week.