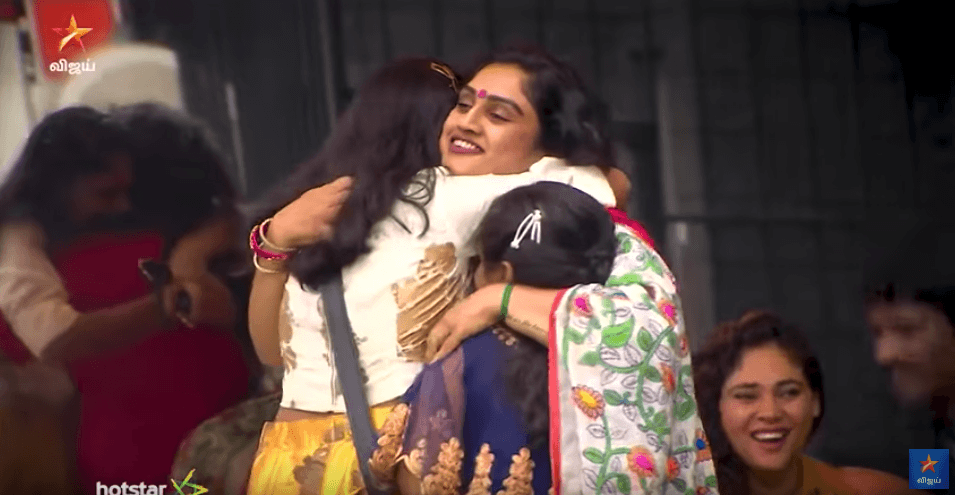 Bigg Boss Tamil 3 completed 82 days this week and the show is setup for some sensational twists in the coming days. The eviction of the first wild card entry, Kasthuri Shankar and the reentry of the controversial contestant Vanitha Vijayakumar, changes the dynamics of the house. With the families of contestants visiting them one after the other, it would be interesting to see how contestants react to the advices given to them.


Fathima Babu, Vanitha, Meera, Mohan Vaidya, Reshma, Sakshi, Madhumita, Abirami, Kasthuri and Cheran are eliminated so far. However, Cheran is still in the This week’s eliminations (though fake) will be one of the most interesting in Bigg Boss Tamil 3 as of now as it will be crucial in seeing if the Boys group will divide or not.

Sandy, Tharshan, Kavin, Vanitha and Sherin are nominated for eliminations this week.

Kavin, Tharshan and Sandy Are Comfortably Positioned In Day 5 of this Week’s Elimination – Overall Results

Sandy, Tharshan and Kavin were nominated for eliminations week alongside Vanitha and Sherin. The audience continued to back Kavin as the frontrunner, in spite of growing differences between himself and Vanitha. Also, Sandy’s rub with Losliya seems to be breaking the unity of the Boys group. Kavin stood for Losliya in the spat between Sandy and Losliya. We will wait and watch if this impacts the audience mindset in the upcoming days of voting. However, there is very little chance of Sandy and Tharshan leaving the house this week.

However, from the way the audience vote trends are swinging, it looks like Kavin’s strategy is working.

Losliya’s father trashed his daughter for his closeness with Kavin. Though, Kavin broke down on seeing this, social media is abuzz with reports that he is faking it. Will Losliya’s breakup with Kavin actually ruin his prospects in Bigg Boss Tamil 3? We will wait and watch. His vote count increased marginally after Losliya’s father’s entry episode. However, on day 5 of audience voting, Kavin continues to lead the race and is unlikely to be eliminated this week unless something bizarre happens.

Though the overall picture paints a fight between Sherin and Vanitha, Kavin is in danger according to The News Crunch polls. The fans of Kavin seem to be visibly unhappy about his behavior and attitude. Interestingly, it is not reflecting in the overall trends. Will the News Crunch polls prove the other polls to be wrong? We will wait and watch.

Who Is Your Favorite Contestant ? Vote To Save Them Now!

From the voting trends on Day 1, Vanitha trails the lot but these early numbers can be highly inconclusive. Kavin took the lead at the top similar to last week’s voting patterns.

Battle to Continue Even After Cheran’s Entry?

Kavin fans can be happy at the moment. However, the battle between Vanitha and Sherin for the last spot is set to intensify in the coming days. Will Cheran’s reentry ease the pressure on Sherin, Vanitha and throw the spotlight on Kavin?