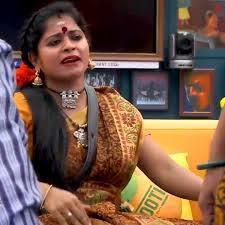 The era of controversies is now live in Bigg Boss Tamil 3. The house owes it to the reentry of Vanitha and Madhumita’s transformation into a loud mouth as a reaction to Vanitha’s plot. However, Kavin and co seem to be united and there is no change as such in their attitudes. Though Mugen, Tharshan and Kavin are targeted over the last week, Losliya and Sherin are by their side no matter what.

Madhumita lashes out at Kavin yet again and this get worse this time around. However, the topic of discussion is the same. A few episodes ago, Madhumita lashed out at Kavin for using four female contestants for his personal gains. She also retorted to statements like women are being used the men in the house. Though this was a part of Vanitha’s plot, Madhumita is now on the wrong side of things in the Bigg Boss house. The topic comes up in the Bigg Boss house again and it is the same thing this time around. Kavin reacts wildly to Madhu’s statements and Losliya defends.

Another brewing story is whether Kavin and Losliya are still together as couples without showing it out explicitly.

Sherin, Tharshan and Madhumita battle it out to be the captain for this week. Madhumita is fighting against elimination alongside Abirami and her victory in the task is a big boon to her.

Had Sherin or Tharshan won this task, it would’ve been disastrous for Madhumita, Cheran and Kasthuri. However, Madhumita’s victory comes out as a huge blow to Tharshan, Kavin and Losliya especially. This makes them likely contestants for next week’s elimination.

Although Madhumita is in a better position now, it would be interesting to see how she pressurizes the ‘Boys Group + Losliya’ in the coming week.

Madhumita’s victory comes are bad news for Abirami as she is likely to be eliminated this week. Only Madhumita’s plunge in popularity would guarantee Abirami a safe spot in the house. However, that is a distant reality now.

Let us know your comments about the current happenings in Bigg Boss Tamil 3.