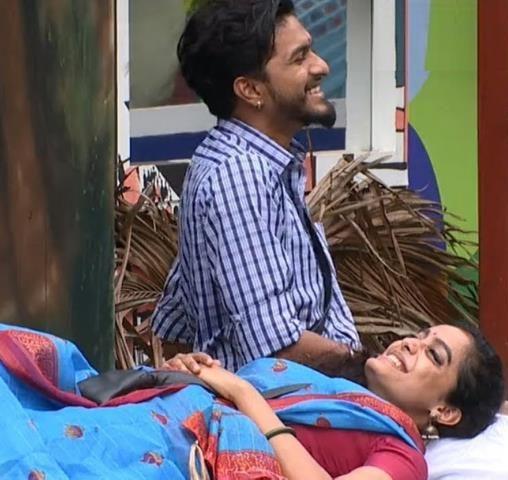 The re-entry of Vanitha Vijayakumar is creating the expected chaos and controversies which is needed to churn the TRPs for Bigg Boss Tamil 3 in the right direction. Mugen Rao and Abirami are in the limelight for their relationship controversy. While Abirami agreed that she was the one who was more into the relationship, Mugen Rao already mentioned about his girlfriend’s name in the Bigg Boss house.

Mugen Rao was blamed by Madhumita and Vanitha for using Abirami’s love and affection for his own personal gain. She added, ” If at all Mugen was just interested in friendship, he should have maintained his distance with Abirami”.

Mugen confessed that he got closer with Abirami from the second week. Abirami was very expressive with her liking for Mugen and hence, they got closer. Abirami began exhibiting possessiveness while Mugen denied that he is not possessive when it comes to Abirami.

The whole house debates the Abirami-Mugen relationship fiasco and things are bound to get hotter from here.

Interestingly, Mugen, Abirami are both facing eliminations this week. However, Abirami is likely to get eliminated as she failed to make the most of her time in Bigg Boss Tamil 3. Her performance in ‘Nerkonda Paarvai’ was scintillating and she failed to create a market for her, said Vanitha.

Abirami loses her cool by saying that she is here to clear the air about her character and there is no ganging up involved.

Who do you think is at fault? Mugen or Abirami? Let us know in the comments below.