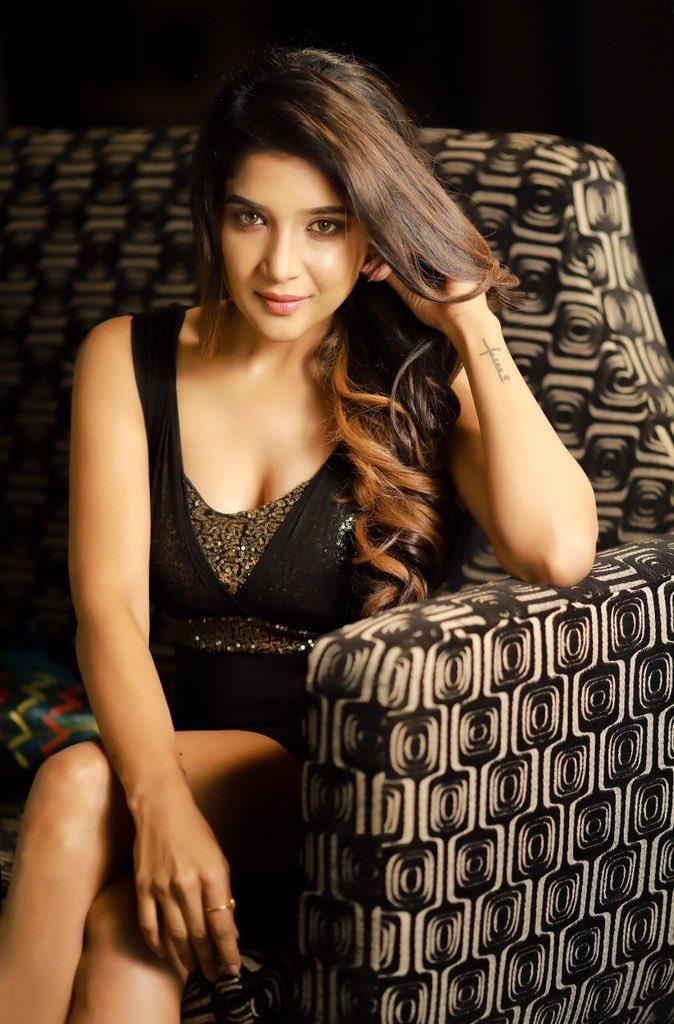 Bigg Boss Tamil 3 contestant Sakshi Agarwal who has featured in Rajinikanth movie Kaala became famous after participating in Bigg Boss Tamil season 3. There were controversies surrounding her relationship with Kavin on and off Bigg Boss, she even made a video questioning Kavin once evicted from Bigg Boss. She has a huge fan base thanks to her glamorous and hot photos which is being shared on social media. There are a group of people who don’t like Kavin and they’re fans of Sakshi Agarwal, recently a sexy picture of her is being shared on social media and the fans are loving it. It’s going viral and fans are excited to see her in bold avatars.

In a series of black and white pictures shot by kiransaphotography, Sakshi Agarwal looks ravishing and hot. Her fans are excited about her latest modeling pictures in which she wears a black bra and a white transparent shirt. Sakshi wore a very small shorts and showed off her tattoo in her left thigh and left arm.

?She sees in black and white? ?Thinks in Greys? ?But Loves in Colour? @kiransaphotography

Because easy doesn’t change you? @kiransaphotography