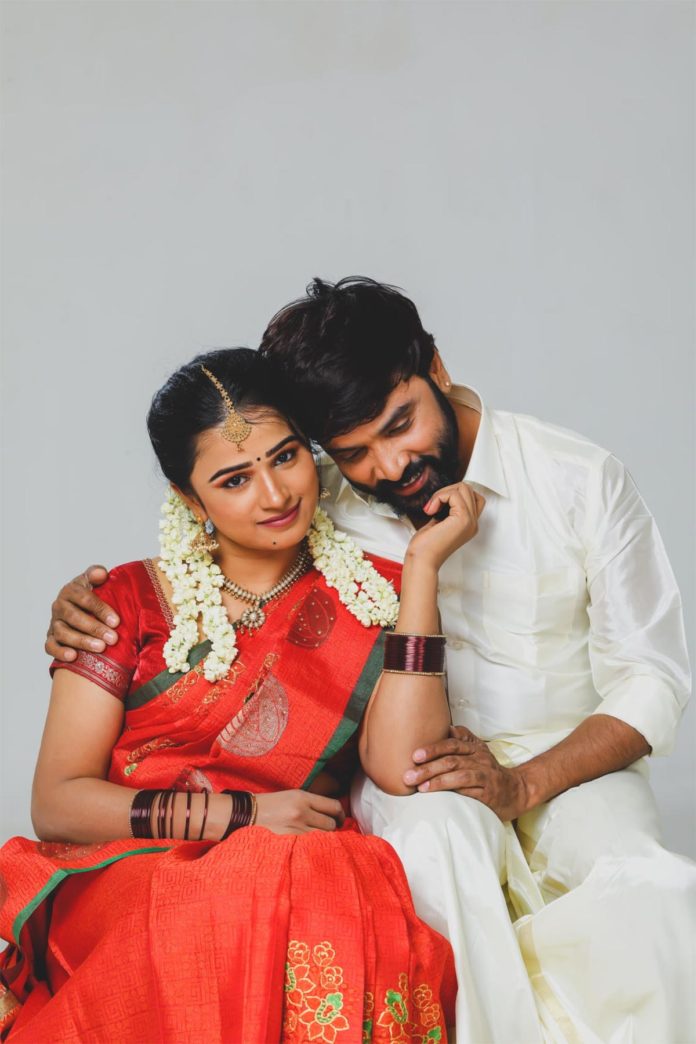 We have already seen the news that Snehan, one of the leading songwriters in the Tamil film industry, is getting married to actress Kannika Ravi. It has been reported that the marriage will take place on July 29 in the presence of Makkal Needhi Maiam party leader Kamal Haasan.

It is noteworthy that the photoshoot photos taken by Snehan and Kannika Ravi together are currently going viral on websites. Actress Kannika Ravi hails from Aruppukottai in Virudhunagar district and has acted in a few TV serials and movies. In particular, she has acted as a student in Samuthirakani’s film ‘Adutta Sattai’ and films including ‘Thevarattam,’ ‘Thayin Madiyil’ and ‘Chhatrapati.’

Snehan and Kannika Ravi have been in love for the past few years and are now getting married with parental consent. Kannika Ravi is presently acting in the ‘Kalyana Veedu’ serial, which is aired on Sun Tv.