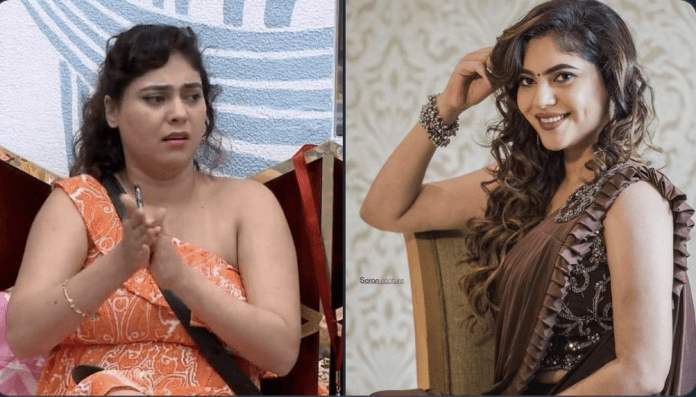 Sherin was a known face during early 2000’s after her sensational debut in Thilluvadho Illamai but faded out slowly due health issue and weight gain. She couldn’t compete with the new stream of heroines who entered Kollywood industry then and people almost forgot her. Then came Bigg Boss Tamil season 3 where she was one of the contestants. She was an underdog in the show but went on to become one of the top 5 finalists and ultimately ended up at no. 4 position.


Her tranformation began in Bigg Boss where she lost weight slowly and in the end she came out of the show as a different person physically and mentally. She has now lot of offers lined up and is very active on social media. Her fanbase is increasing daily and her interaction with fans have won her many more followers. Check out these latest photos of transformed Sherin Shringar

…???
Aww that blushing moment he he… #Sherin is such a sweetheart too..♥️♥️ #Our Chellam looks soo shy ?????#Tharshan #TharshanArmy ..#Gopinath True words about our champ.. wow one of the special moments for us too #Tharshan @TharshanShant #Sherinarmy pic.twitter.com/wiWYH6fkwF