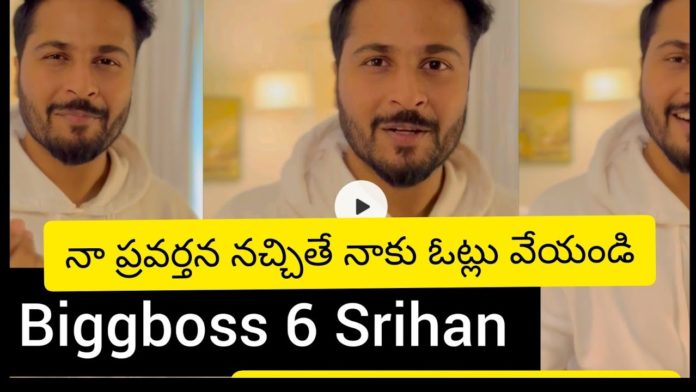 No matter how many criticisms there are on the Bigg Boss show, the craze does not diminish. Bigg Boss is a hit in all languages. So far, five seasons have been held in Telugu and one in OTT. And today the sixth season has started grandly. Nagarjuna Vikram entered the event with a background score. King says dialogues in his style that if anyone should try something new in this field, it is me.

King Nag shows all areas with songs and games. After that, Keerthy Bhatt entered as the first contestant. After that, he showed a promo for the second contestant. Pinky alias Sudeepa, who is famous for the movie Tu Nak Nachchaav, has arrived. Siri’s boyfriend Sirhan came as the third contestant.

Initially, Nag tried to trap Srihan, taking steps to the mass song. He asked how did you watch the last season? Nagarjuna made Srihan cry by saying, Siri. But Sirhan gave a very mature answer to Nag’s question. Siri said that I have come to return what was lost. Did Siri give you any advice? When asked by Nagarjuna, he said he did not want any advice.

But before going inside, the card Srihan took out said Gunta Nakka. Srihan entered the Bigg Boss house and went directly to the bathroom. Sudeepa and Keerthy imagine that he will come into the house. But he bursts into laughter as he goes to the bathroom. Srihan says that the bathroom is coming, and I have been waiting for the last hour.