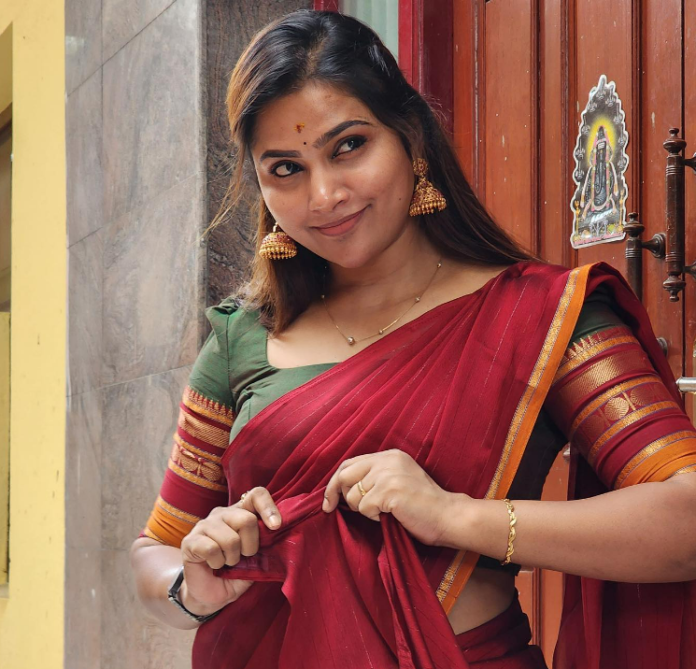 Nandhini, who is well known as Myna Nandhini is an Indian TV anchor and Actress who works in Tamil film and Television industry.

She made her acting debut in the Tamil film Vamsam, directed by Pandiraj. She got the light and fame for her television serials like Saravanan Meenatchi, Priyamanaval, and Kalyanam Mudhal Kadhal Varai.