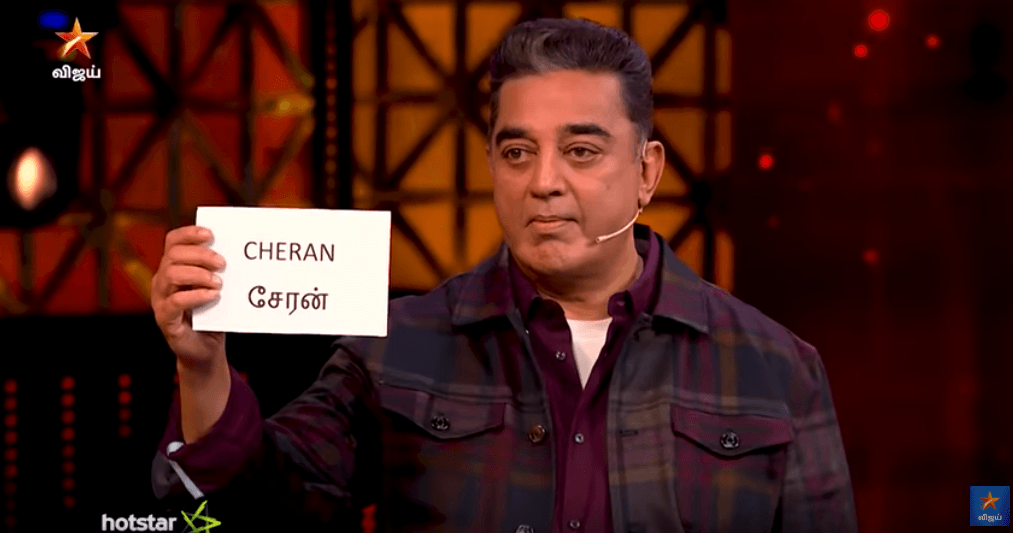 There is a new promo for Bigg Boss 3 Tamil day 77 8th September 2019, In this promo we can see that Cheran getting eliminated. As TheNewsCrunch predicted earlier that Cheran will get evicted from the Bigg Boss House this week. Kamal Hassan is asking Cheran what he learnt from the house, Cheran answers it was a good experience to be a part of this house. He said he came to this house to get some experience, at that time the camera zooms into the elimination card that Kamal holds in his hand. It shows the name of Cheran.


Vote here – Is Losliya crying for Cheran elimination fake or real.
He says he saw who are friends and what type of people will be there, he get to meet different types of people from the house. Now Kamal Hassan shows Cheran’s name and ask him to come to the stage. Cheran thanks everyone and prepares to leave.

Losliya Crying for Cheran Is it fake or real?

Initially we don’t see Losliya reacting to Cheran’s statement but in the end she was crying saying she should be the one going out, Cheran said it’s ok I expected it. Vanitha too didn’t understand what was happening. Is Losliya really crying or just trying to get sympathy from audience and housemates?