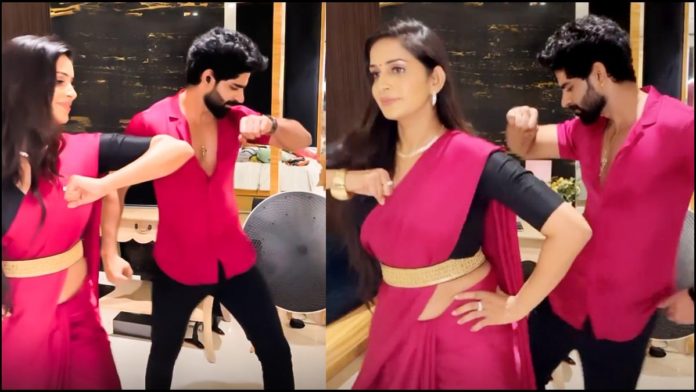 A dance video of Bigg Boss contestants Balaji and Samyuktha is going viral on social media. It is known that the contestants who attended the Big Boss Season 4 show are still in touch with each other after the show, and the photos and videos that everyone has met from time to time are going viral.

The Bigg Boss Season 4 contestants have been posting some comedy, dance videos, and photos on social media from time to time. In that regard, Samyuktha has posted another level dance video of herself dancing with Balaji on her Instagram page.

A few hours since this video was posted, more than one lakh likes have been accumulated, and many people have been posting congratulatory comments. It is known that Samyuktha and Balaji were friends during the Bigg Boss show and at one point, Balaji ceded the captaincy to Samyuktha.