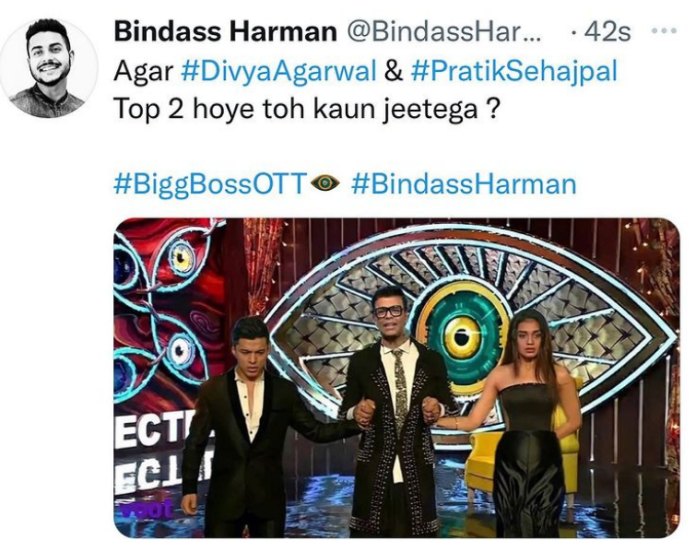 The finale week voting of Bigg Boss OTT did not spring any surprises as Divya was the most popular contestant from the first day. Pratik gave a good fight but fell short. However, the social media speculations are increasing ahead of the grand finale speculating the Bigg Boss OTT title winner.

A recent fake image featuring Divya and Pratik along with host Karan Johar is circulating on social media. Though the odds of this happening during the grand finale are high, the current image released on social media platforms is fake. 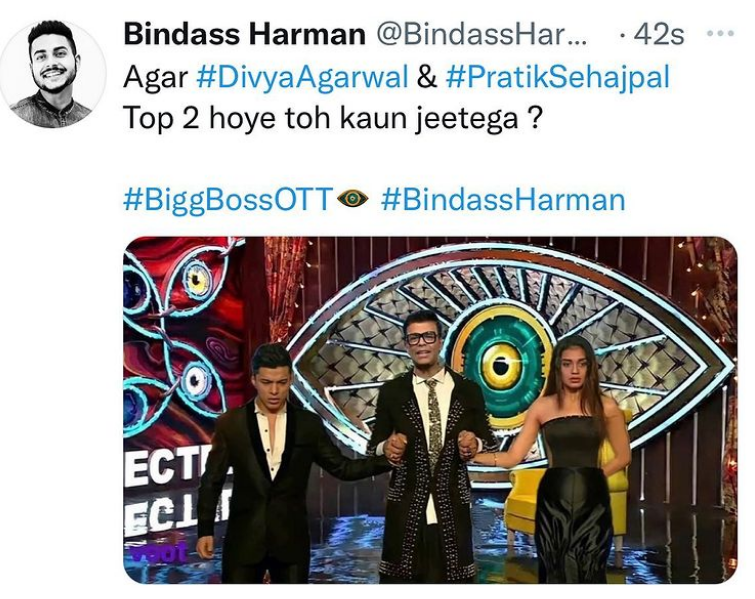