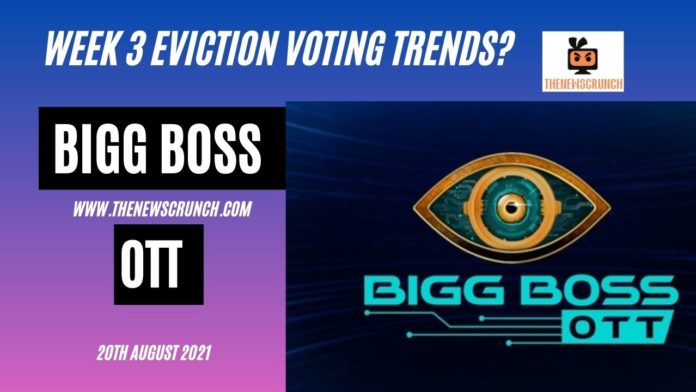 Bigg Boss OTT approaches a critical weekend after a week filled with drama, chaos, fights, and emotions. The second ‘Boss Man and Lady’ connection was shattered ahead of the weekend eviction announcement. Four contestants are nominated for this week’s elimination in Bigg Boss OTT’s third week. However, the third elimination will take place on Sunday as the voting lines close on Sunday at noon.

The episode on the 26th of August will feature the post mortem of Zeeshan’s exit and Divya’s redemption plan for Bigg Boss OTT. The voting results for the third elimination is intriguing as four contestants are nominated for eviction this week. However, the audience took the upper hand in deciding the fate of the second elimination.

The bottom two contestants for this week’s eviction are:

However, there are high chances of Milind’s eviction from Bigg Boss OTT this week.