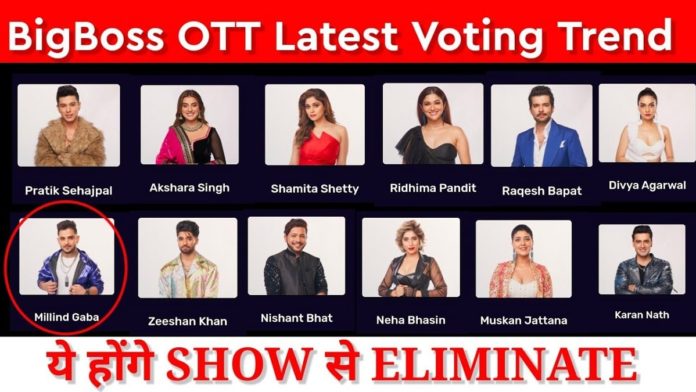 Bigg Boss OTT enters a decisive weekend after a week filled with drama, chaos and strategical connections. The crowning of the second ‘Boss Lady and Boss Man’ was the major highlight of this week. While the connections ramble in some cases, groups are evident in the Bigg Boss OTT house. However, the second elimination will take place on Sunday as the voting lines close on Sunday at noon.

The episode on the 21st of August will feature the prelude to the suspense around the second elimination of Bigg Boss OTT. The voting results were fun to follow as all the contestants were nominated for eviction this week. However, the audience took the upper hand in deciding the fate of the second elimination.

The bottom three contestants for this week’s eviction are:

However, there are high chances of Karan’s eviction from Bigg Boss OTT this week.