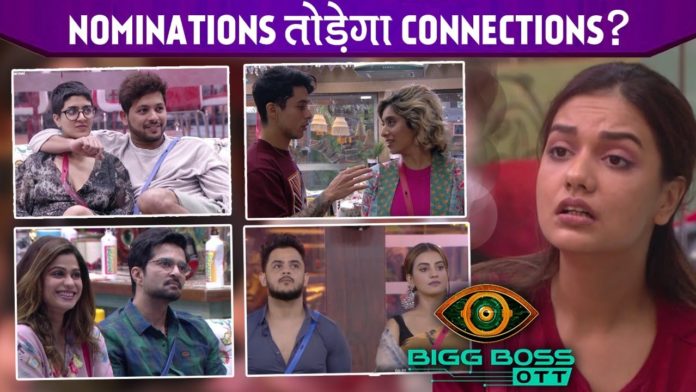 The 19th day of Bigg Boss OTT started with Divya Agarwal, Milind Gaba, and Akshara Singh, who rebelled against the whole house and did some household chores. Told not to do it. Because the trio believed that the decision of the family members to make Pratik Sehajpal and Neha Bhasin as Boss Man and Lady was wrong, however, the very next moment, Moose Jattana was seen crying alone in the garden area, and the rebellious trio came to her rescue and consoled her and laughed at Moose.

In the future, the second half of the day was quite interesting. Bigg Boss gave a very entertaining task to the housemates, which was the highlight of the day. The family members were divided into two teams; Team A included Divya, Milind, Akshara Team B, Rakesh Bapat, Shamita Shetty, Nishant Bhatt, Mooj. Both the teams had to entertain the judges Neha-Prateik and prepare a dance performance in 30 minutes. It was difficult to say which team performed the best as everyone was enjoying it. After the best performance of both the teams, the judges announced that Team B had won the task.

Apart from this, Neha was also seen having fun and flirting with Rakeysh Bapat. Since Prateek and Neha were the judges and could not participate in the task, they made some dance moves in the bathroom before the task started. Crush on both Prateek and Rakesh, and on the other hand, Rakesh and Shamita keep giving some serious couple goals. When Shamita was resting on the bed, Rakesh drew a beautiful butterfly in her eye, and Shamita was pleased with Rakesh’s creativity.

Just when we thought everything was going well, Bigg Boss announced the punishment task, and the atmosphere inside the house completely changed. As soon as the family members started naming the contestants for the task of punishment, the atmosphere turned into a heated discussion, in which the atmosphere of the house got spoiled. After this, as usual, Neha and Divya got into an argument again. All the contestants have been nominated this week except Boss Man and Boss Lady.