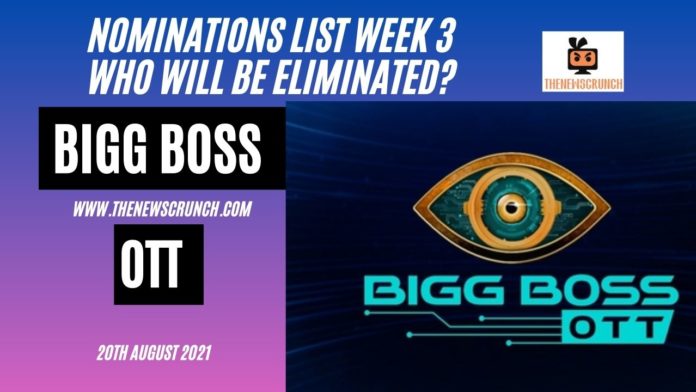 Bigg Boss OTT kicked off its third week amidst high drama, chaos and fights. The entry of ‘Sherni’ Hina Khan spiced up things in Bigg Boss OTT house ahead of eviction nominations. The voting polls for the week 3 elimination opened on Voot as the contestants grappled for the third elimination of this season.

The nominations task triggered some heated rows and arguments in the Bigg Boss house. The current ‘Boss Man’ Zeeshan and ‘Boss Lady’ Divya wrote Nishant and Moose’s name on a paper. This was their nomination for safety from eviction this week.

However, Shamita and Raqesh tore the paper while Milind/Akshara and Moose/Nishant retained it. Hence, Moose and Nishant got saved as a result of the current task regulations. This will be a blessing in disguise for Moose who is getting saved under Nishant’s shadow.

The nominations task featured safety for Shamita and Raqesh based on the highest number of audience votes. Hence, the couples who will face nomination for elimination this week are: