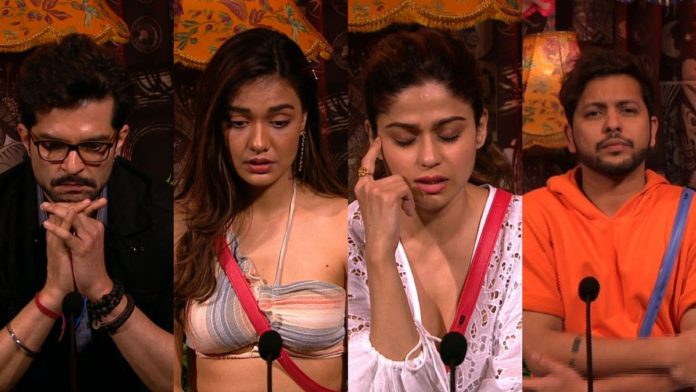 Bigg Boss OTT premiered on August 8th, and has lived up to its hype. The show has garnered a lot of fans and has made the contestants reach audience. Karan Johar, the host has also created a balance between remining critical and friendly with the contestants. The show is set to end soon, and the finale is set to air on September 18, 2021. The question in everyone’s mind is which contestant will cinch the title.

Bigg Boss OTT has made waves as the competition is fierce and the contestants have pushed their boundaries. A few highlights include the relationship between Shamita Shetty and Raqesh. The fierce rivalry between Shamita and Divya has also grabbed the attention of the viewers and news outlets.

In the finale week, all the contestants have been nominated for elimination. It seems that the bonds between the Top Six has been tested. Out of these six, only two will be able to join the Bigg Boss Season 15. The nominated contestants are:

According to unofficial reports these are the results of a voting poll. These unofficial results reveal the standing of the various audiences.

Amongst these we can glean some insights.

Divya and Pratik are by far the most popular contestants. Amongst Akshara and Shamita, time will only tell both the ladies are well-matched. According to reports two amongst these four will cinch the title.