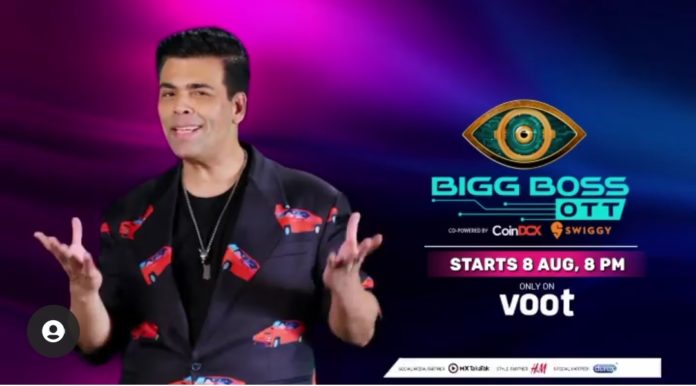 Bigg Boss OTT completes its second week on Voot. After a terrific week with drama, fun and fights, the controversial week witnessed it all. All the contestants were nominated for eviction this week. However, the battle of elimination boils down to three contestants after the voting lines closed on Sunday noon.

There is a tough fight for supremacy which reflected in this week’s voting results. However, multiple task performances ensured Divya Agarwal and Prateek to cruise into the top 2 of the nominated contestants. Ridhima was the nly contestant who suffered a massive plunge in popularity in the second week compared to the other top performers.

Akshara’s game plan lacks clarity as she continues to play the women card or sympathy card when it matters. Shamitha’s PR base is huge which keeps her afloat in the top 5 of Bigg Boss OTT.

Milind Gabba, Neha Bhasin and Karan are the bottom three contestants of Bigg Boss OTT week 2 voting results. According to reports, there are possibilities of Karan leaving the Bigg Boss house this week. However, some unofficial voting trends point to Milind Gabba’s eviction.

Special guest Hina Khan will grace the proceedings of Sunday Ka Vaar this weekend. However, the eviction of Karan could signal danger for Ridhima while an already vulnerable Neha will lose the opportunity to survive next week if Milind leaves.