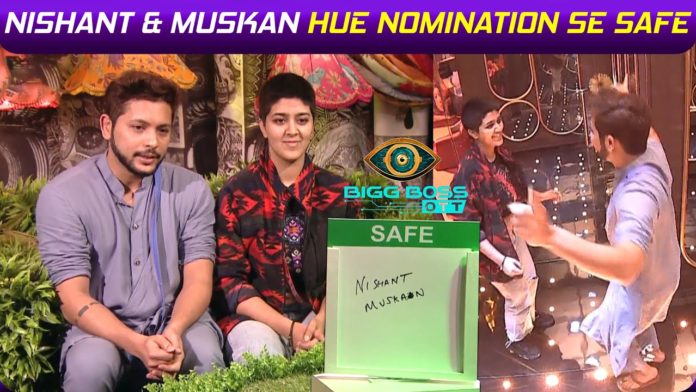 Seventeen days have been completed for Bigg Boss OTT. On the previous day, Rakesh Bapat kissed Shamita Shetty on the hand, while Moose Jattana and Neha Bhasin showed their hot avatar in the swimming pool. Not only this, in the Game of Hearts task yesterday, Prateek Sahajpal backstabbed Akshara Singh in front of everyone. Because of which she became very emotional. Also the nomination task of Bigg Boss OTT for this week also started. Boss man Zeeshan Khan and boss lady Divya Agarwal were safe. In this nomination, both had the special power to save a connection. He saved Nishant Bhat and Muskaan Jattana in the nomination task, to which Shamita and Rakesh did not agree.

However, despite disagreements, the rest of the householders agree to save Nishant and Moose. Prateek-Neha, Shamita-Rakesh and Milind-Akshara were nominated later. The twist was yet to come after this nomination! In this nomination, a connection in the house could be saved by the public. The public announced their decision and saved Rakesh-Shamita from nomination.

Earlier in the day, Prateek’s ‘connection’ Akshara and Moose were seen discussing how Neha is obsessive towards Prateek. Rakeysh Bapat was seen sharing his connection with Shamita Shetty after Nishant Bhat told him that Neha Bhasin had fallen in love with Prateek.