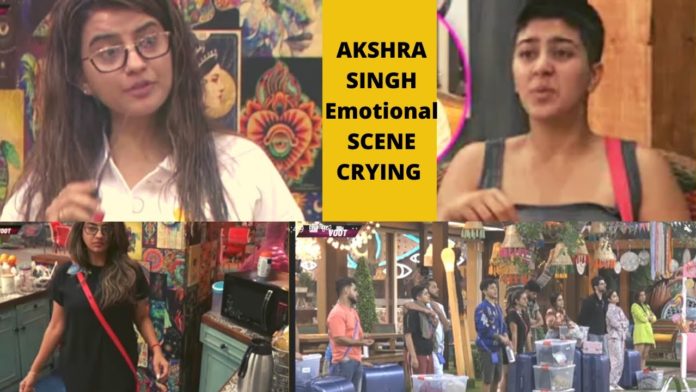 Akshara Singh of the Bhojpuri industry has participated in Karan Johar’s show ‘Bigg Boss OTT.’ Before taking entry into Bigg Boss OTT house, Akshara Singh made a big disclosure about her ex-boyfriend and Bhojpuri cinema superstar Pawan Singh and an extramarital affair.

During a conversation with Spotboye, when Akshara Singh was asked that often the story of your linkup with your co-stars has come to the fore, how much truth is there in this? The actress replied saying, ‘I don’t know why people often associate me with my co-stars. If I do a film or a song with someone, they think I am having an affair with that person. Surprisingly, no one comes up to me and asks if I am in any relationship with that person or not.’

After this, the actress was asked about her linkup; in response, she said, ‘I was in a relationship with Pawan Kumar Singh, but unfortunately, my experience with him was such that I could never forget.’ The actress said that after that controversy, everything between us is over. I got myself out of these things a long time ago.