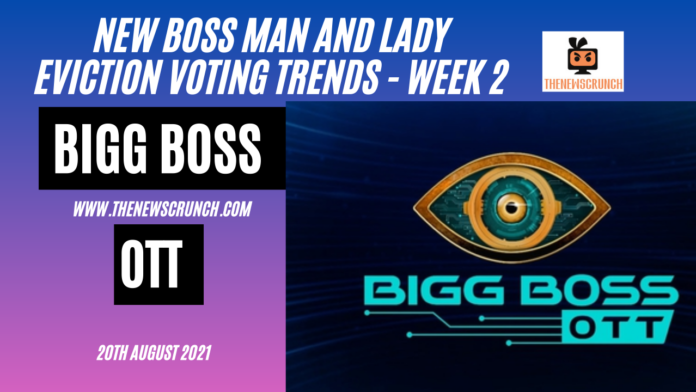 Bigg Boss OTT featured an eventful episode on Thursday, as the second captaincy task was announced. After a controversial end to the ‘Panchayat task’, all the housemates are nominated for eliminations this week. After Urfi’s eviction last week, Bigg Boss OTT looks forward to the second eviction this week.

Amidst all the drama and fights, Raqesh and Shamita lost the opportunity to contest for becoming the ‘Boss Man’ and ‘Boss Lady’ this week. This week’s task for captaincy is an opportunity for Muskan and Nishant to fight for redemption.

The voting trends for the second elimination of Bigg Boss OTT enter a critical phase. With just two days left for the final voting results announcement, the popular contestants are dominating the show.

Bigg Boss asked the contestants to nominated the housemates who do not deserve to become the captains – ‘Boss Man’ and ‘Boss Lady’. The contestants decided to choose Raqesh and Shamita to not take part in the task as they were the reason for everyone’s nomination.