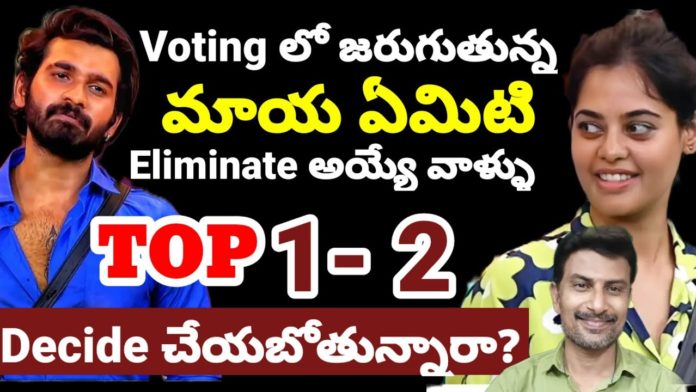 The contest is only weeks away in Bigg Boss Non-Stop, so it’s the last opportunity for contestants at home to gain viewers’ attention with incendiary arguments and dramatic scenes. In the 10th week, the nomination results were controversial, and by the time the final calculations were made, the relationship between the contestants had changed completely.

It appears the family reunion incident has had some kind of influence on the contestants. They now appear to have set their sights on the trophy, doing whatever is necessary to secure it. The Telugu Bigg Boss organizers planned last week a double elimination in their respective shows, but they ended up canceling the plan at the last minute.

Let’s look at those who are listed in the nomination list for this week’s elimination. Bindu, Akhil, Shiva, Mitraaw, Ariyana, Anil, and Ashu have been nominated for Week 10 elimination. As usual, Bindu and Akhil are topping the Bigg Boss Telugu OTT voting polls.

Ashu, Anil, and Mitraaw are in the danger zone.

If the prediction holds true, Ashu and Anil will get eliminated if there is double elimination in this week. For those who came late, Bigg Boss Non-Stop series producers invited big names from Bigg Boss Telugu season 5 to enter the house to surprise the guests with conclusion tasks.

You can still vote to save your favorite contestant in Bigg Boss Non-Stop Telugu.