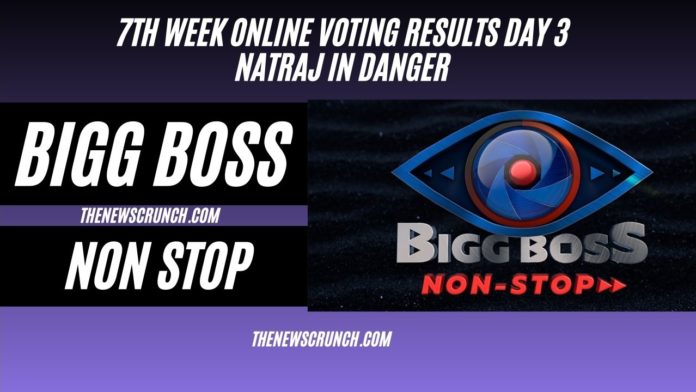 Bigg Boss Non Stop continues with a promising note in its seventh week with a crackling open nominations task. A lot of high voltage arguments took place as the quest to finale toughens with eight top nominations was the major story this week. However, the seventh elimination voting results signals danger for Natraj Master and Anil.