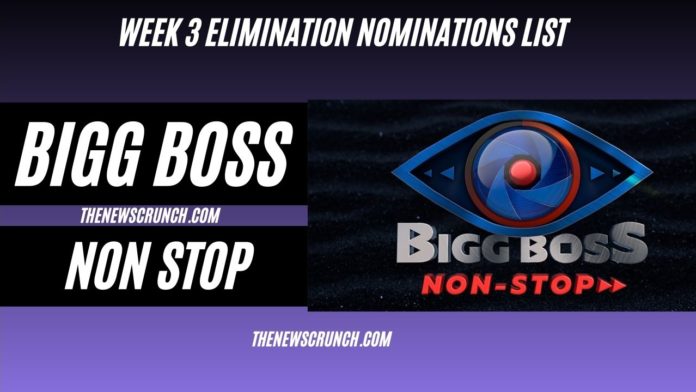 Bigg Boss Non Stop is gathering steam as it enters the third week of action. The fight filled open nominations task resulted in a mix of arguments, drama among the housemates facing the eviction danger in Bigg Boss Ultimate this week. A whopping eleven contestants are nominated this week.

The third week of nominations list for elimination is filled with a long list of contestants like the second week. The open nominations resulted in controversies which resulted in arguments between Akhil and RJ Chaitu.

Saryu, Ashu and captain Anil Rathod are the only safe contestants this week.

On that note, there are also chances for a double elimination in Bigg Boss Non Stop this week. However, the third elimination of Bigg Boss Telugu could be the one who is targeted by the masses.