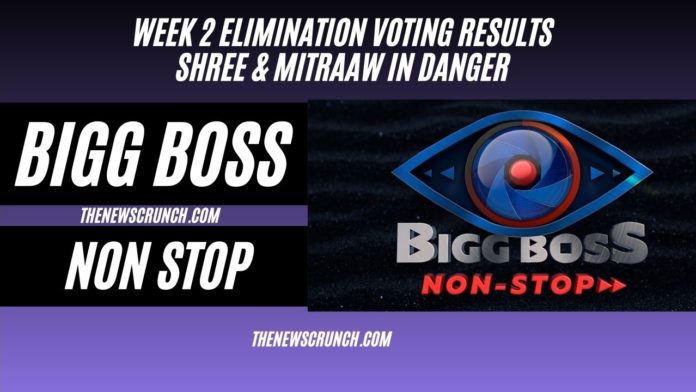 Bigg Boss Non Stop kick starts its second week with interesting open nominations. A lot of intense arguments took place as the nominations task with 11 nominations was the highlight of the week. However, the first elimination voting results signals danger for Shree Rapaka and Mitraaw.

Bigg Boss Non Stop online voting results for the second week will be impacted by the upcoming tasks and audience support. Akhil and Shiva lock horns at the top of the week 2 voting results. However, the eviction danger for the second elimination throws light on Mitraaw, Shree Rapaka and Anil Rathod.