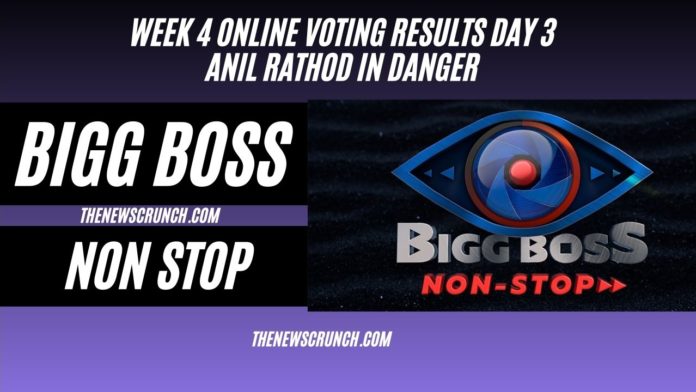 Bigg Boss Non Stop starts progresses on a fiery note in its fourth week with an eventful coin accumulation task. A lot of intense fights took place as the competition toughens with seven nominations was the highlight of the week. However, the fourth elimination voting results signals danger for Anil Rathod and Mitraaw Sharma.

Bigg Boss Non Stop online voting results for the fourth week will be impacted by the coin tasks and audience support. Bindu and Shiva meet at the top yet again in the week 4 voting results. However, the eviction danger for the fourth elimination throws light on Mitraaw, and Anil Rathod.